On 18th-22nd April in Veliky Novgorod (North Russia) the 19th All-Russian Numismatic Conference was held. The conference was opened with a plenary lecture by Kyrylo Myzgin (together with Aleksander Bursche and David Wigg-Wolf) "IMAGMA: on the contemporary study of barbarian imitations of Roman coins on the territory of Barbaricum" (in Russian). The conference is held every two years and attracts a large number of numismatists, mainly from eastern Europe. This year there were more than 100 participants. The presentation about the IMAGMA-project and the study of barbarian imitations aroused great interest and discussion. In addition, future cooperation with colleagues from the numismatic collections of the State Hermitage (St. Petersburg) and the State Historical Museum (Moscow) were discussed. 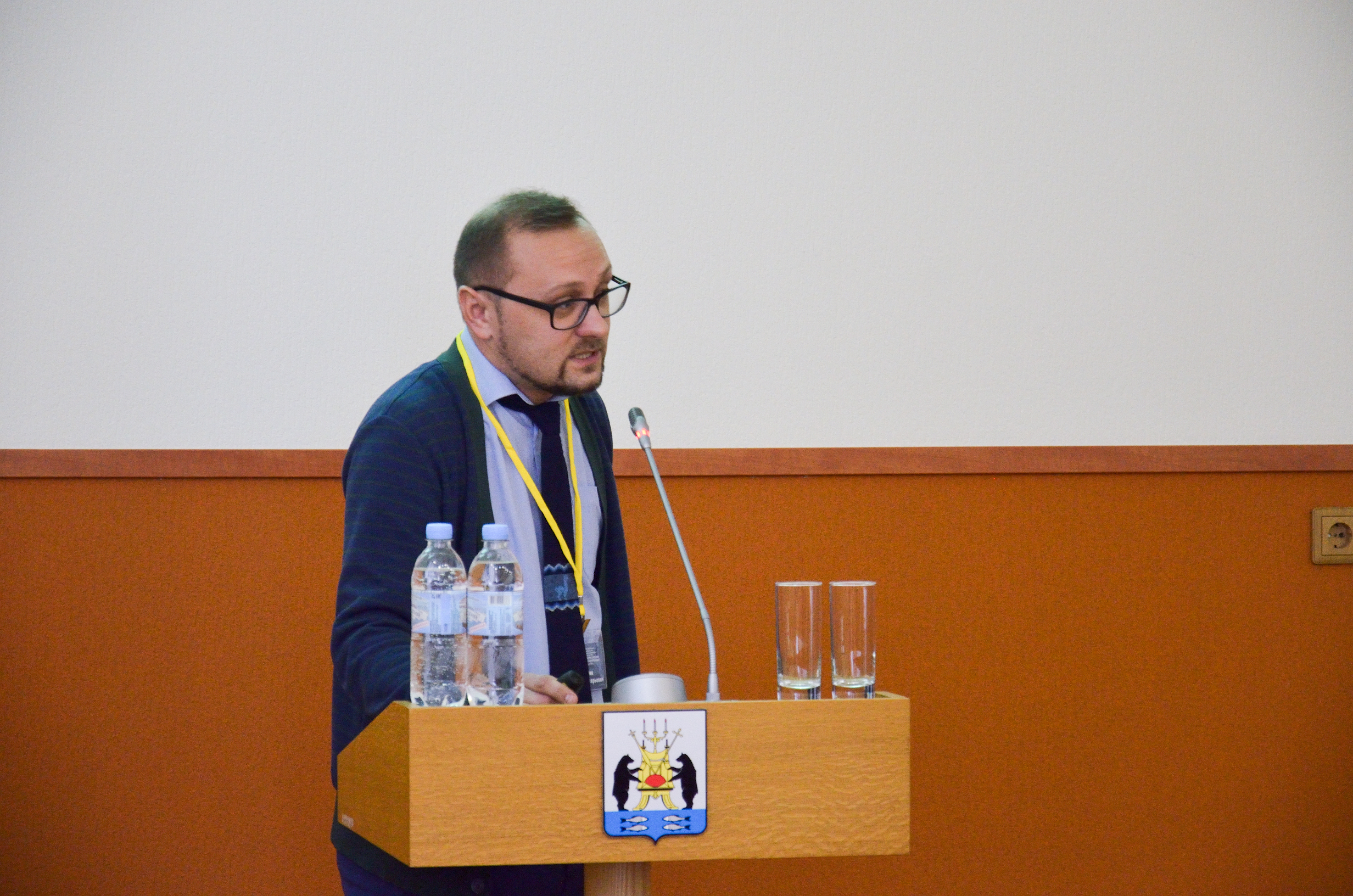 Kyrylo Myzgin presenting the IMAGMA project at the Russian Numismatic Conference at Novgorod.